Synopsis:
She has no idea what she agreed to…
My printsessa thinks she’s taken a regular job for a regular lawyer.

She doesn’t know the devils that lurk below the surface now that she’s in my world. The bratva world.

Let someone try to take her. I’ll burn the world down around them to keep her. She’s my soulmate.

She doesn’t know her limits yet. I’ll take her there, then bring her back with my touch and my love.

Bratva Treasure is an interconnecting, standalone Dark Mafia Romance with a HEA and no cliffhanger. It contains extra-steamy scenes that will make your toes curl and your granny blush. This is book two in The Ivankov Brotherhood, a six-book series that’ll keep you warm at night.

END_OF_DOCUMENT_TOKEN_TO_BE_REPLACED

Synopsis:
Where do I begin?

Once upon a time.

Isn’t that how all good fairy tales start?

And Maximo and I, we were definitely a fairy tale.

Not the cleaned-up, sanitized ones where life’s problems were solved with a smile and a song. We were the old-school kind. The twisted tales packed with murder, violence, and tragic beginnings.

Okay, so maybe we weren’t a traditional fairy tale. After all, Maximo was more villain than prince. He was scarily sexy. Devilishly charming. Controlling, possessive, and dangerous.

Especially when it came to me.

And heaven help anyone who tried to free me from my gilded cage.

Warning: Recommended for readers 18+. This book features graphic language, sex, violence, and a Daddy obsessed with his little dove. If this doesn’t sound like your kind of fairy tale, this may not be the book for you.

END_OF_DOCUMENT_TOKEN_TO_BE_REPLACED

Synopsis:
Nino Falcone is genius and monster. As the right hand man and brother of the Capo of the Camorra, his lack of feelings is a blessing, not a curse – until his brother asks him to marry for the sake of the Camorra.
Kiara Vitiello, cousin of the Capo of the New York Famiglia, is chosen to marry Nino Falcone to prevent war with the Camorra, but what she hears about Las Vegas makes her veins pulse with terror. After her father betrayed his Capo and paid with his life, her family thinks marriage is her only chance to bring honor to her name; but only Kiara knows she’s a faulty prize given in return for peace.
A man incapable of emotions and a woman scarred by the past – an arranged marriage with the potential to unite, or destroy…

END_OF_DOCUMENT_TOKEN_TO_BE_REPLACED

Synopsis:
The truth is never what it seems. Neither are the people, regardless of who they are.

I knew the past would come back to haunt me. It was only a matter of time before my world came crashing down.

The only thing I didn’t expect was Mateo. The head of the Italian mafia. We were never meant to cross paths; our worlds vastly different.

His green gaze captured me, his touch burning through my defenses. The words he whispered melted away all the years of loneliness. But the secret I kept could get me killed. If he spared me, his rivals wouldn’t. As my secrets unravel, it could cost me everything and everyone I loved.

END_OF_DOCUMENT_TOKEN_TO_BE_REPLACED

Synopsis:
A sinner met a saint,
Two worlds collided,
And everything burned.

Lana
I’ve done everything right.
Playing the part of the demure famiglia daughter,
And hiding my pain beneath makeup and pretty dresses.
But marrying a man ten years my senior?
Whose words cut like knives,
And lips taste like poison.
This is the one thing I can’t do.

Ignazio
I’ve done nothing right.
I’m not a virtuous man,
I balance on the line between light and dark.
My past is littered with sins,
Each of them is haunting me.
I’m not worthy of the angel with long hair and hazel eyes.
And yet, I’d burn the city to the ground to hold her in my arms.

What’s a sinner to do?

END_OF_DOCUMENT_TOKEN_TO_BE_REPLACED

Synopsis:
Her father promised me life on the legal side if I saved his only daughter.

I was her last hope.

Something about this rich, spoiled princess captured me from the moment I laid my eyes on her. This green eyed beauty made me want things I never had.

She was untouchable. If I was decent, I’d keep my distance. But God knew I was the worst kind of sinner.

She shouldn’t have wanted my touch. Now she was mine.

When a Russian rival mafia came for her seeking revenge and old, forgotten secrets are revealed, her life became marked.

Would she stay in my world or go back to her carefree, privileged life?

Marked, book 1 in Russian Sinners series is a standalone read. No cliffhangers, no cheating and lots of steamy scenes.

PLEASE NOTE there is violence in the book and potential triggers.

END_OF_DOCUMENT_TOKEN_TO_BE_REPLACED 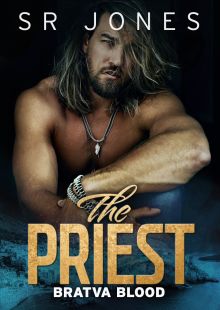 Synopsis:
They call me The Priest, but there’s nothing holy about me.
Call sign: Priest
Occupation: Mercenary
Assignment: Hostage Extraction
The assignment was simple: Extract the hostage. Take out all hostiles. Relocate the hostage to a safe house.
The assignment was simple…
Until it wasn’t.
Roze is a mafia princess, but she doesn’t live in that world.
Innocent, young, and naïve, she’s become mine to protect.
Just a broken girl looking for some humanity, and a man with nothing left to give.
Yet, she’s the light to my dark and my soul yearns for her.
Lines are about to be crossed. Morals burned to the ground.
She’s the first thing I’ve wanted in forever, and I’m not about to walk away.
God help me.

END_OF_DOCUMENT_TOKEN_TO_BE_REPLACED 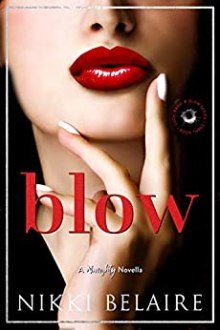 This mob boss always gets what he wants – even if she belongs to someone else.
Reece Diavolo. They call him The Devil behind his back, and when the vicious mobster sees the bride at his cousin’s wedding he decides there won’t be a marriage after all that day…because now she belongs to him.

Macy Shaw. They call her The Mouse to her face, and when the goodest of good girls learns her blackmailing fiancé has disappeared she’s relieved…until she realizes her savior is even more dangerous than the groom.

Author’s note: Suck is short, sweet, and dirty, filled with all the best parts of a romance for a fun two-hour read. No triggers or cliffhangers and a guaranteed happily ever after.

END_OF_DOCUMENT_TOKEN_TO_BE_REPLACED

Synopsis:
The highly anticipated complete novel of The Professional—the first installment in #1 New York Times bestselling author Kresley Cole’s scorching Game Maker series, an erotica collection that has readers asking: How hot is too hot? Get lost in the sultry world of the Game Maker series with The Master, book two, and The Player, book three!

Mafiya enforcer Aleksandr “The Siberian” Sevastyan’s loyalty to his boss is unwavering, until he meets the boss’s long-lost daughter, a curvy, tantalizing redhead who haunts his mind and heats his blood like no other. Ordered to protect her, Aleksandr will do anything to possess her as well—on his own wicked terms.

He makes the rules.

Grad student Natalie Porter has barely recovered from her first encounter with the dark and breathtaking Siberian when he whisks her away to Russia, thrusting her into a world of extreme wealth and wanton pleasures.

In the game of obsession, two players are better than one.

Yet all is not as it seems. To remove Natalie from an enemy’s reach, Aleksandr spirits her into hiding. From an opulent palace in Russia to the decadent playgrounds of the mega-rich in Paris, the two lovers tempt each other’s boundaries to discover whether their darkest—and most forbidden—fantasies really can come true…