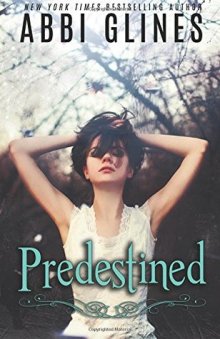 You would think after helping save her boyfriend from an eternity in Hell that things would go back to normal. Well, as normal as life can be when you can see souls and your boyfriend is Death. But for Pagan Moore, things are just getting weirder.

The high school quarterback and reigning heartthrob, Leif Montgomery, is missing. While the town is in a frenzy of worry, Pagan is a nervous wreck for other reasons. Apparently good ‘ol Leif isn’t your average teenage boy. He isn’t even human. According to Death, Leif doesn’t have a soul. The quarterback may have skipped town but he’s still showing up in Pagan’s dreams… uninvited.

Dank has known from the beginning Leif wasn’t human. But he hadn’t worried about a simple soulless creature. Now, he realizes he made a grave mistake. Pagan’s soul has been marked since birth as a restitution, to a spirit so dark not even Death walks near it. Dank knows saving Pagan’s soul won’t be easy but Pagan is his. And he’s already proven he’ll defy Heaven to keep her. If Hell wants a piece of him too, then bring it on.

“Well, let’s see, I found out Pagan has low blood sugar and becomes a complete b–witch if she doesn’t eat a candy bar during a stressful moment.”

I’ve been waiting for Demi and I to continue this series and I’m equally scared and happy to read the next book in the series soon. I do hope one day we manage to read something that isn’t Paranormal Romance. I absolutely love Paranormal but it would be different to change genres next time we decide to buddyread something together. You can read Demi’s review here.

Dank knows that he’s selfish and possessive. He’s Death, so he isn’t used to having feelings but he has strong ones for Pagan. He gets very protective and jealous about her. Not to say that Pagan doesn’t get jealous of Dank because she does, and she also gets insecure.

I’m so happy we finally found out why Pagan is able to see souls.

Nothing much really happened in the romance apartment. We got some reveals like what happens when they kiss and I love the facts (and also it makes me feel sad) that he doesn’t think he ever laughed before her. Dank isn’t used to thinking like a human even if he has a human girlfriend, so for some reason I found it adorable how he’s so old but he’s also clueless on some things, like Valentine’s Day.

“She can’t possibly want my body more than I want hers.”

I have mixed feelings about Leif. I wouldn’t say he’s a bad guy because he just was too afraid to go against his father and he had always been there for Pagan, even if she couldn’t remember. I did find him stalker at some parts.

I already talked about this with Demi but I disliked Pagan’s mom. I just hated how she treated her after Leif went missing. I mean what kind of mother blames their daughter for breaking up with their ex rather than comfort them and make sure they don’t– you know feel guilty?

I still don’t like Miranda much, especially because this book showed again how shallow she can be but I did feel bad for her. I hope she’ll be happier in the next book.

All in all I kinda expected to enjoy this more? I thought book two would focus more in Pagan and Dank than it really did but I did enjoy that we finally learned more about Leif and “the big evil” was something different than what we usually see in books.

You can find Demi in her: Blog | Twitter | Goodreads

One thought on “Buddy Read: Predestined by Abbi Glines”