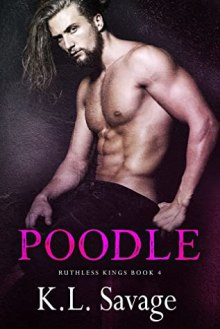 I’ve never known the calm after the storm.
Thunder has always raged inside me.

I met met a girl at seventeen.
Girl got girl pregnant.
Then my worst nightmare happened.
Girl? Dead.
Daughter? Gone.
Every time I close my eyes, I see them.
No one takes me seriously in the MC.
And that’s how I like it.
I keep my true self−hidden because without them, life hasn’t been worth living.
Until her.
Melissa is the shock to my heart to bring me back to life.
Our nightmares bind us.
And to love her like she deserves, I have to let go of the past.
I have to let go of them.
It’s easier said than done.
Because I know in my heart my daughter is alive.
I’ll need the help of my MC to find her.
But Melissa’s past isn’t done with her either.

What I didn’t expect?
Ours pasts to cross.
And the road to trust just got a whole lot longer.

“I got you. You can always lean on me, and I’ll lift you up. Standing alone isn’t an option for you anywhere, sunflower. Not while I’m here.”

Have I talked about how much I enjoy this series? I’m so glad I’ve been able to read every single book’s ARC so far. I don’t think there’s another MC world I have been this invested in before.

I felt so bad for everything Melissa has gone through. She’s so kind and sweet and then her crush of course says something that really hurts her. Melissa has never even felt what it was like to be free. I loved to see Melissa wanting to make friendships instead of just wallowing in self pity.

Poodle is usually all jokes, smiles and laughing but you were able to also see his darkness in this book.

I enjoyed the romance. It was a second chance romance. I was a little worried about Poodle acting like certain Black Dagger Brotherhood character but besides few incidents he rarely talked about his ex (I really hated that one scene he did) and you could easily see his feelings for Melissa. He clearly didn’t try to replace his dead ex-girlfriend and even thought of being unworthy of Melissa. I liked that Poodle is the only man she could really trust. She had the worst experience with men but before even knowing him that well, and especially after knowing his secrets she still trusted him.

I have talked about my love for Tongue and now I want him to have his own book than before. I also enjoyed Eric. I don’t remember him from earlier books but I hope he appears in next books.

I don’t really like dogs. I don’t know why but I don’t get why people love them so much? I can’t deny that I found Poodle’s poodle hilarious, though. Especially Poodle’s reactions to it.

All in all I decided not to give full four stars this book because I guessed the big reveal from mile away and I wanted to scream at Poodle to just tell his brothers, and Melissa what really was going on instead of pushing them away.