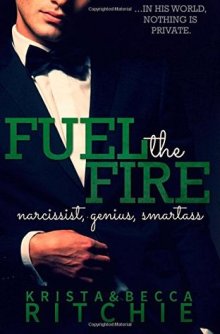 Synopsis:
Protect your family. At all costs.

It’d take the impossible to hurt Connor Cobalt, even for a moment.

At twenty-six, his narcissistic tendencies have made room for the people he loves.

And he loves Rose. But when his love is threatened, when his greatest dreams with her are compromised — what is the cost then?

Love will guide his choices.
For the first time in his life.

Truthfully I don’t enjoy Calloway Sisters as much as Addicted series and I’ve been avoiding this book. It’s not that these books are bad or anything but I just find Lily and Lo’s POVs more interesting and truthfully I find Rose annoying at times.

“We’re all assholes,” Lo tells Garrison. “But one day, you’ll meet an asshole that pushes you to be a better person. Those are the ones that stick with you.”

Connor and Rose have come long way. Rose was always there for Lily but I couldn’t have imagine them doing all that for their friends and family in earlier books. I thought it was very sweet how Connor likes that her genuine, warm smile is rarity instead of constant. It would feel the same to him if it happened all the time.

I’m not big fan of Rose, like I said but this book redeemed her behavior in last book in my eyes. She’s very sarcastic and somehow it rubs me the wrong way, sometimes. You’d think I’d feel the same way about Connor but I actually appreciate his honesty. I think Rose mostly just rubs me the wrong way because of her temper. She’s not ready to throw fists like Ryker but instead uses her sarcastic nature, especially towards Loren.

I found it sad that Rose had to choose between having fake friends and being alone after her family was thrust into media. Thankfully she had her sisters, so she didn’t have to be alone. It might be because dyeing your hair is not strange thing to me but I feel like Rose’s sisters way over reacted. I mean I dyed my hair for the first time I was in the fourth grade but it could also be because Rose’s sisters know her so well but I still feel like it was an over reaction.

I’m seriously hating media in these books. They report more lies than actually truth even after they get some proof. They make up some reason why core six must be lying for a reason or another. I especially hated how they reacted to

What book has the best found family in your opinion? 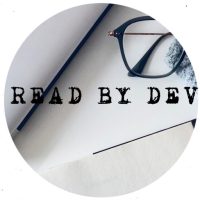 It's Just a Coffee Addicted Bibliophile

Rants and Raves of a Bibliophile sipping on Coffee